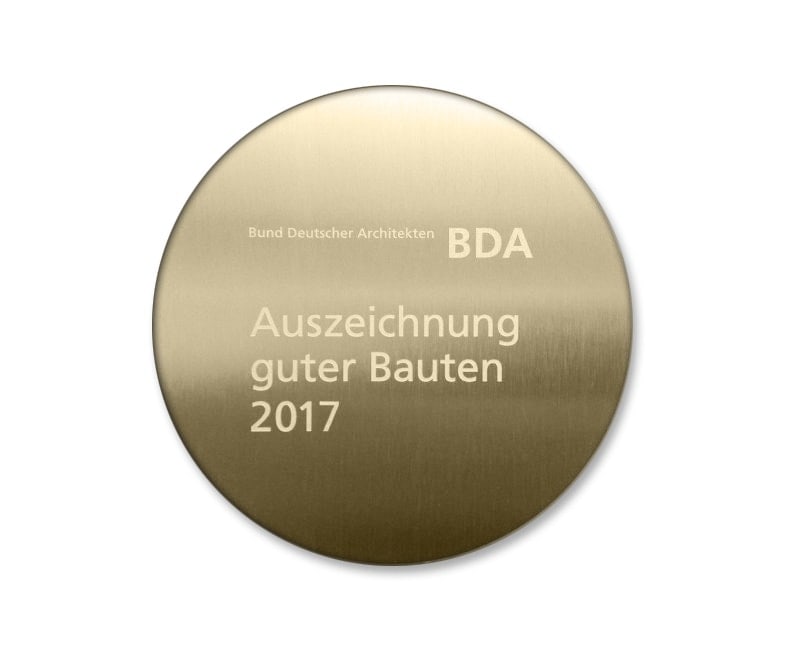 The two-storey detached house in Mülheim an der Ruhr harmoniously blends in with the adjoining housing development, picking up the cubic design language of the neighbouring houses and interpreting the demands of the residential area in a measured, contemporary manner. While the windowless facade of the first floor draws a line both visually and acoustically between living and the busy main road, the generous amount of space dedicated to windows and sliding doors at the rear of the building creates a harmonious transition between living room, garden, and the landscape conservation area behind it.

In spite of the separation from street traffic which has been provided, the obverse of the building also wins over the observer through its flowing passageways between public and private space, which begin by the plant-adorned walls bordering the street and which continue to the wide entrance gate and the partially-planted steps to the glazed entrance, which stands prominently in front of the set-back ground floor.

The entrance situation, flooded with light and with its wide, sweeping front steps, lends the building a spacious appearance, despite the flanking ramp to the underground car park—which features space for six vehicles—and the narrow plot, an appearance which is continued in the open-plan living area and the garden-facing glass façade which stretches from floor to ceiling. The rhythmically- and graphically-balanced distribution of edges and the volume of the protruding and receding floors lends the building a sculptural elegance which is evident on every side. In addition to the clearly thought-out overall concept and the good treatment of the materials used on the part of the trades, the jury was above all convinced by the compact, yet not “fortified” façade of the building, as well as by the consistent opening up to the garden, whereby nature is brought into the home and becomes part of the living experience.